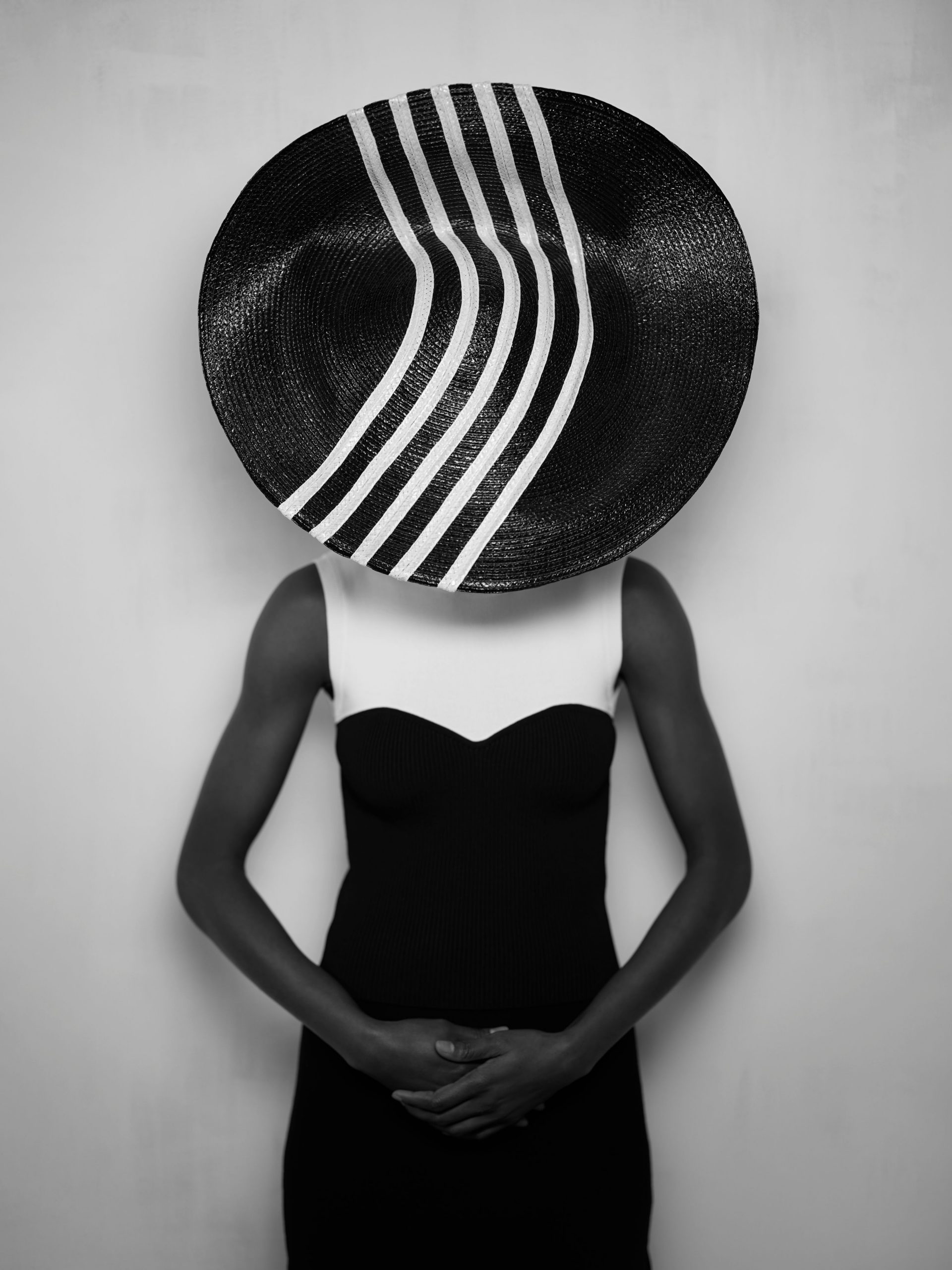 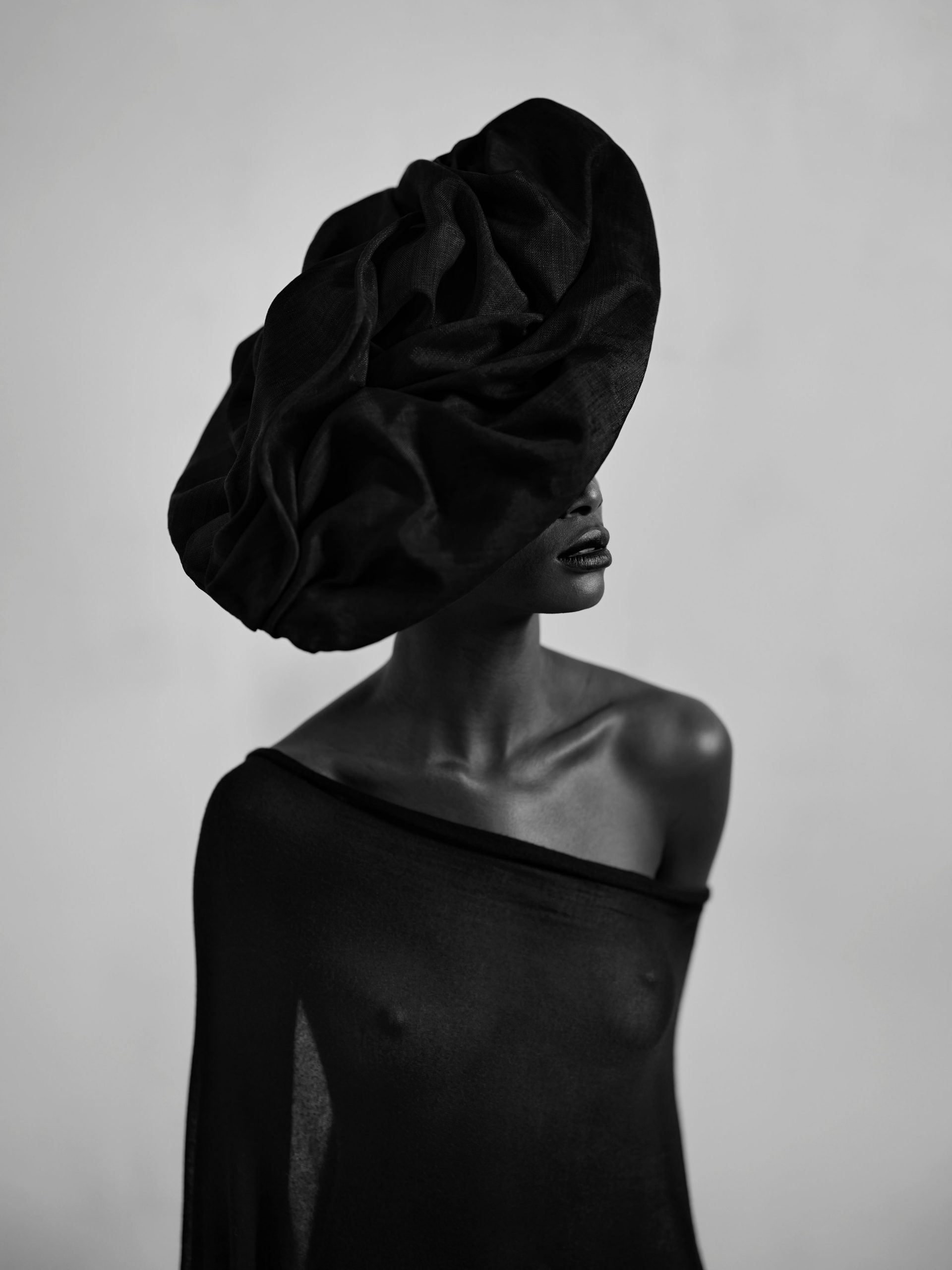 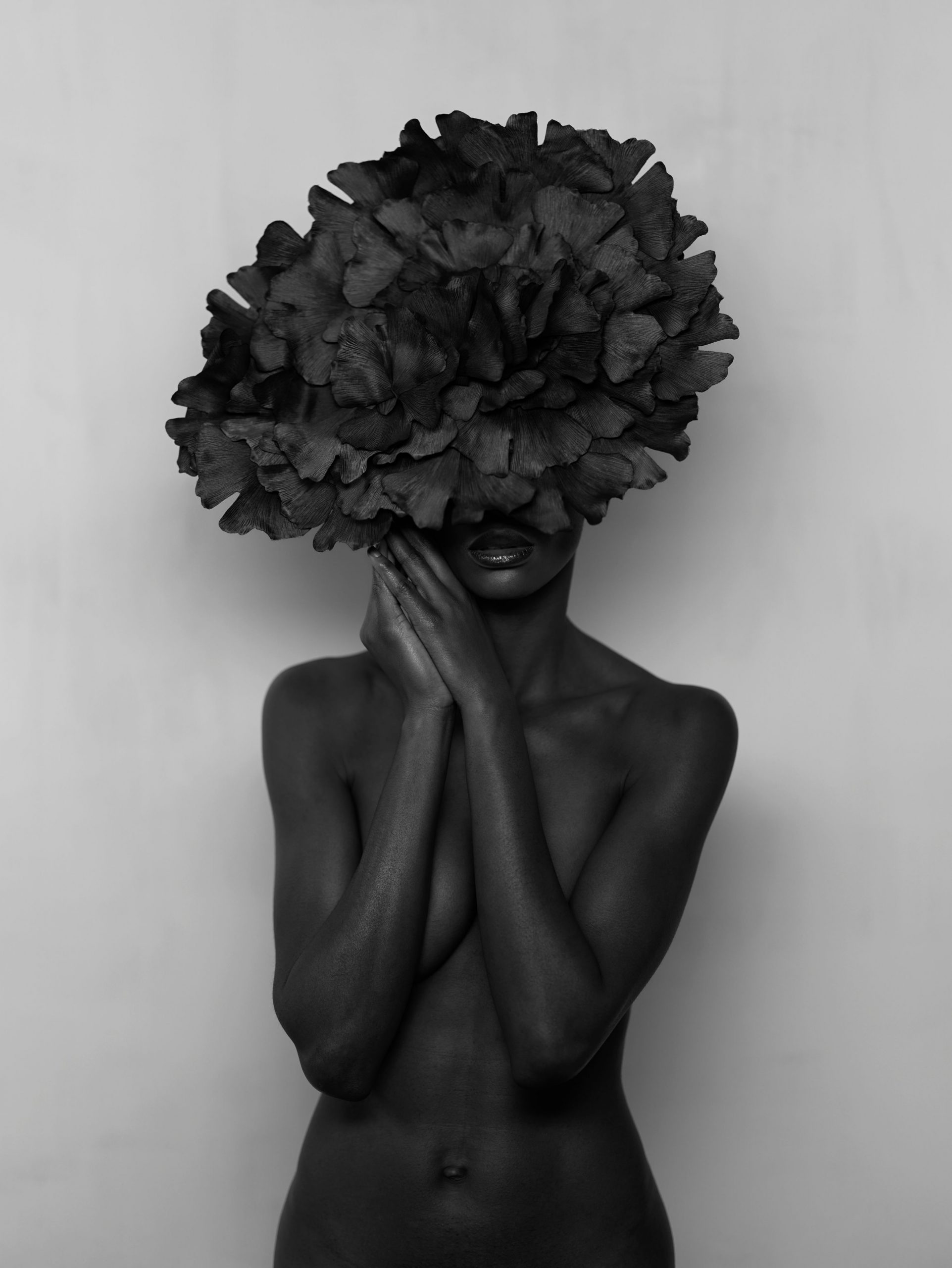 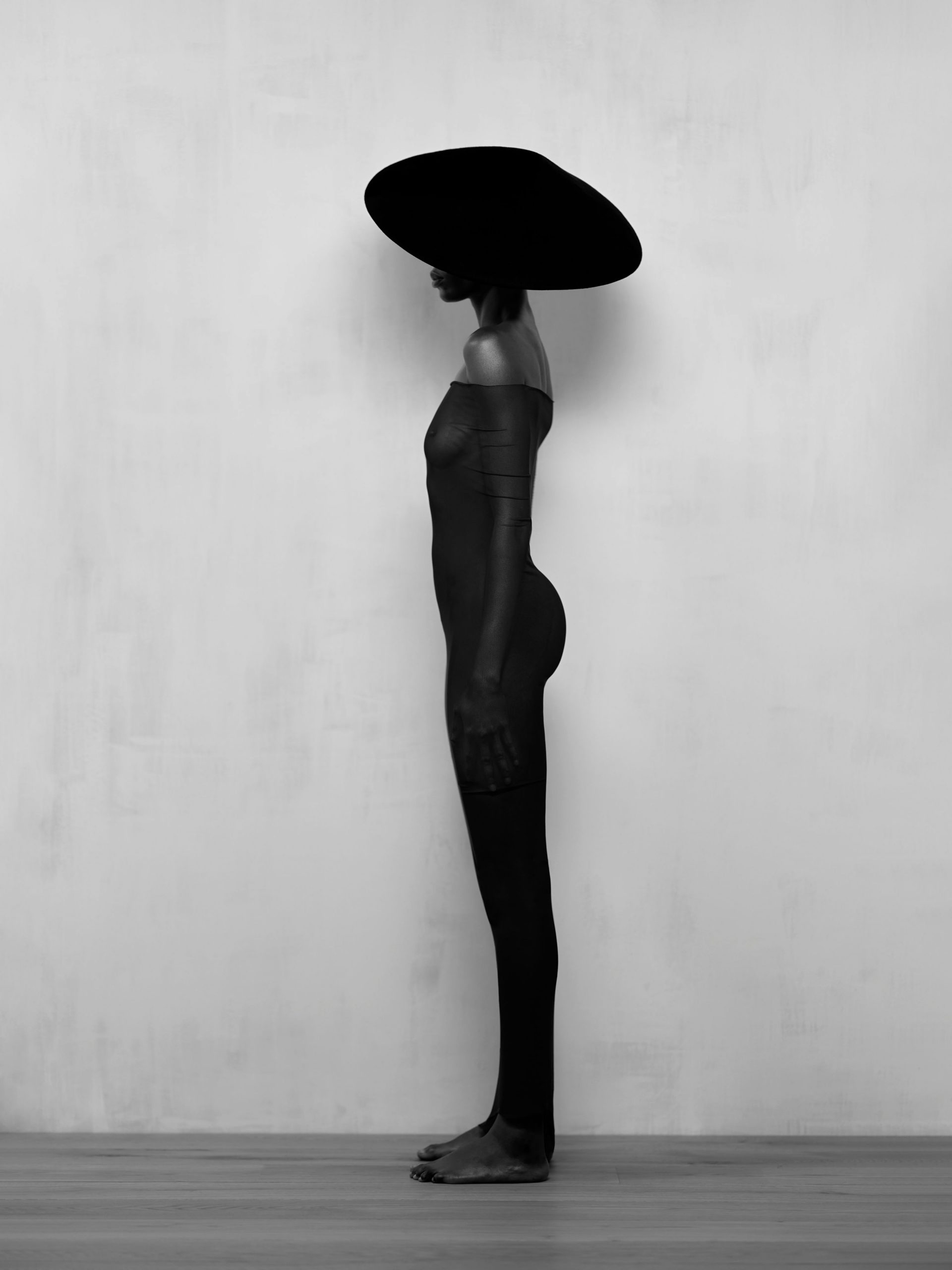 A magnificent collaboration between the Belgian art photographer Sylvia Jones and Fabienne Delvigne. It highlights the work of two women artists for whom the Woman with capital W is at the center of their creation.

The meeting of these two artists was a revelation, the alchemy that emerged from their respective art combined to form one. A symbiosis of lightness, subtlety, and gentleness brought to depict all the greatness of the woman.

The same need to sublimate

Belgian art photographer Sylvia Jones has created carefully directed black and white compositions that capture the essence and inner strength of African women. The feminine curves highlighted by the hats of Maison Fabienne Delvigne and the aesthetically sober captures of Sylvia Jones show who they are: women with the will to transcend themselves, especially through their respective art.

The women embodied by Sylvia Jones are devoid of any artifice: a simple piece of silk gauze that hides or reveals, a white cloth like a sacred cape, a hat delicately placed like a symbolic crown. The hats of Brussels-based Fabienne Delvigne, with whom Jones collaborated on the series, bring a real dimension to her compositions, she says: they are an ode to women. They reinforce their self-esteem and self-respect. Of African origin, the name of the photo series “Morowa”, meaning “queen”, presents us with postures of women of absolute dignity and strength, serenity and self-confidence, devoid of any hint of narcissism or self-consciousness.

Fabienne Delvigne’s hats, with their wavy lines and textures that create reliefs in the image, enhance not only the composition but also the content. “With a Fabienne Delvigne hat, you stand up straighter, you immediately have a sense of pride in the way you move,” says Jones.
The exhibition is also accompanied by a book “MOROWA: AFRICAN WOMEN THROUGH A WOMEN’S OBJECTIVE”. Of the proceeds from the book, 20% will be donated to the women employed at Amboseli, a project for mothers who have to support their entire families alone.