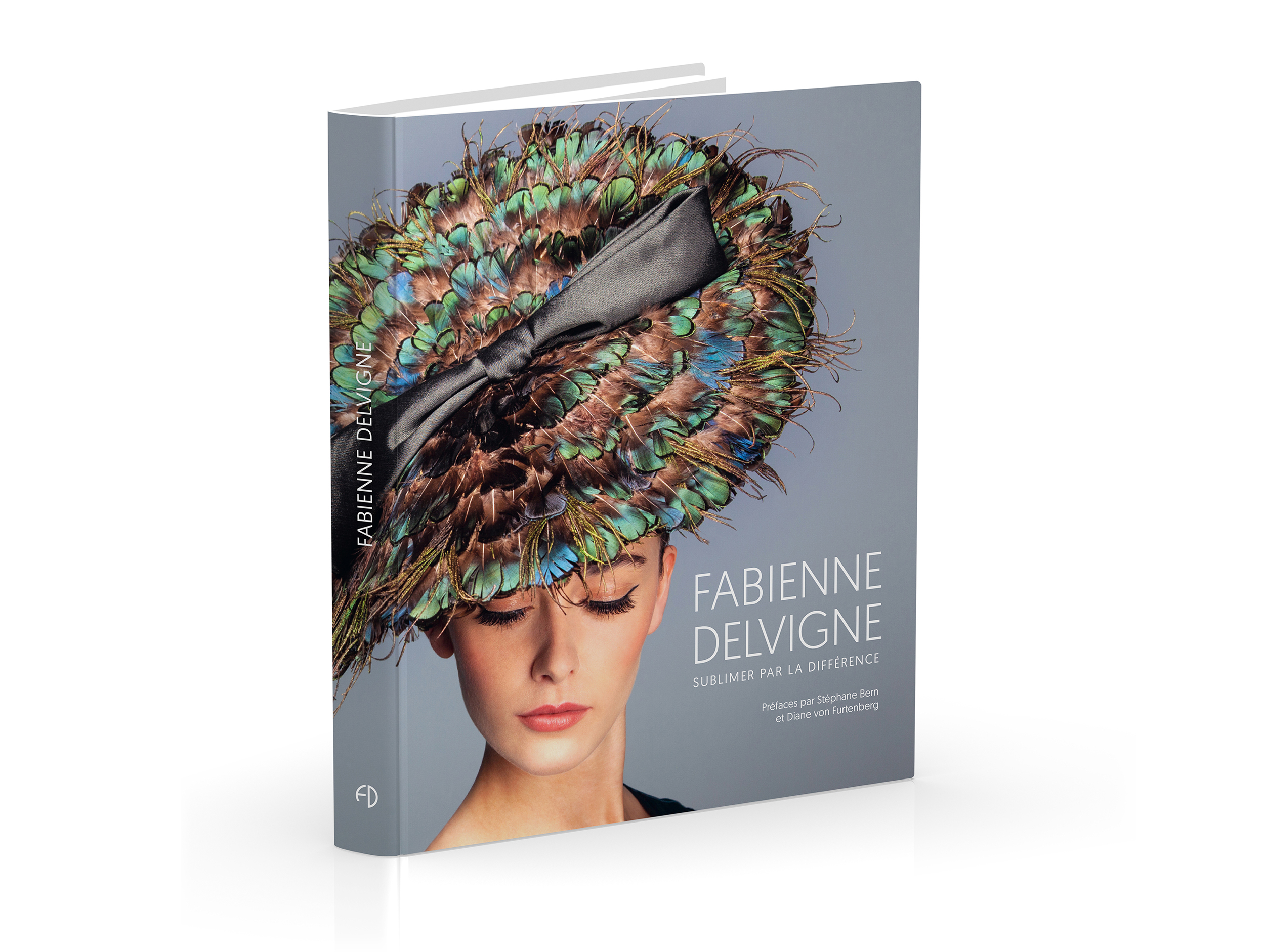 The book traces the exceptional career of Fabienne Delvigne, the hat designer and craftswoman who creates high-end luxury products. Across Europe, Fabienne Delvigne’s designs sublimate the beauty of women. Her unique talent was recognized in 2011, when she gained the trust of the Belgian royal family, who awarded her the coveted title of Warrant Holder of the Court of Belgium.

An original and dynamic volume that not only looks back on a career, but also reveals a woman of character who is of her time. Since 2008, alongside her Haute Couture collections, she has designed, for each season, a Studio Collection composed of stylish hats that can be worn on a daily basis.

The body of the text? The words that helped her fashion her creative universe. The spirit moving that body? Passion, her passions. A behind-the-scenes view of the creator’s artistry, a look back on her collaborations with such leading companies as Guerlain and BMW, and, of course, hats to go mad for!

The book will be released to mark the 30th anniversary of Maison Fabienne Delvigne during the month of November 2019.